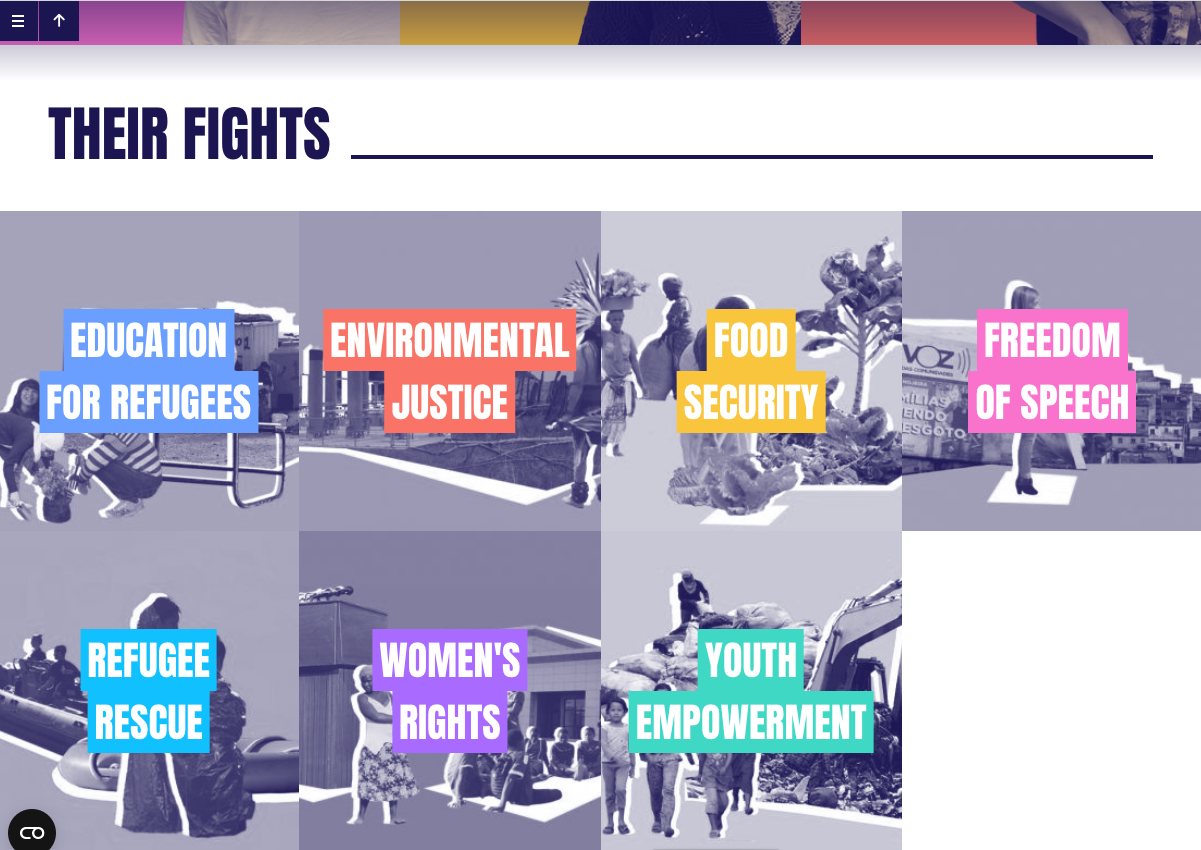 On Monday May 16, the YY-Venture Center in Bangladesh in collaboration with the Yunus Paris Center organized a hybrid session of screening of the film BIGGER THAN US and discussion with Flore Vasseur, the director of the film. The film Bigger Than Us, a poignant documentary that traces the journey of 7 young activists around the world who campaign and fight against social and environmental struggles. It’s a real crush and a boost that shows young people from the South taking concrete action for a fairer and more sustainable future. 3ZERO clubs around the world were able to visualize the various initiatives of passionate and committed young people around the world and to understand the story of this film.

On Wednesday March 30, the Center Yunus Paris brought together for the first time the French speaking Clubs 3ZERO ! 🇫🇷 A great moment during which the Clubs were also able to listen to the valuable advice and messages of Professor Muhammad Yunus and experts in the field of art and cinema.. 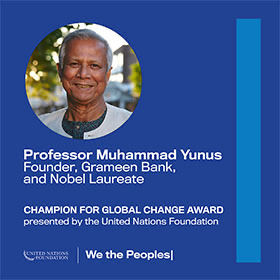 The Centre Yunus Paris is delighted and proud to announce that Professor Yunus has just been awarded the prestigious “year’s Champion for Global Change” from the United Nations Foundation, together with Dr. Ngozi Okonjo-Iweala, Director-General of the World Trade Organization. 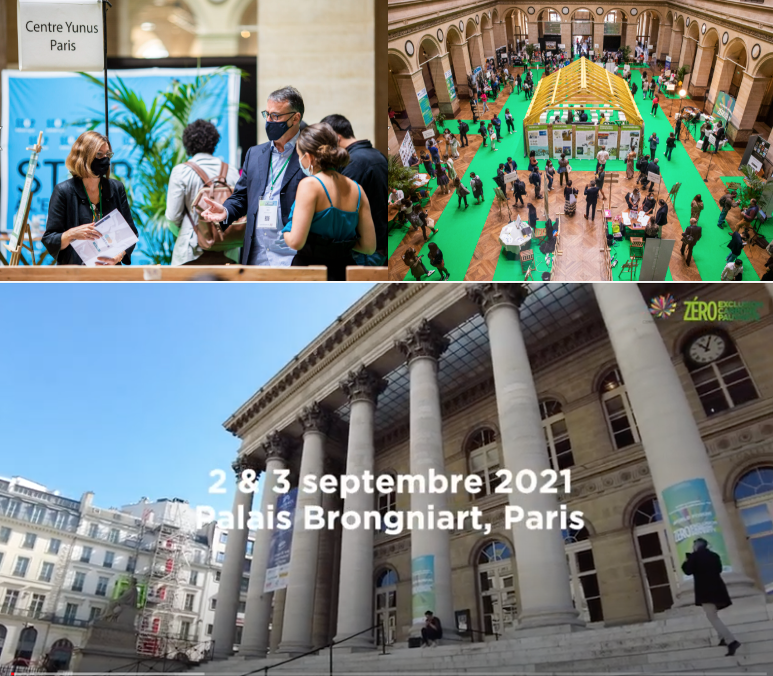 Centre Yunus Paris was present at the Three Zeros World Convergences Forum, which brought together 1,700 visitors to the Paris Stock Exchange and 4,000 connected participants, on September 2nd and 3rd.

Social Business Day – Forum of francophone countries: “Engaging for a Three Zero World post-Covid” on June 30th Professor M. Yunus claims “No Going Back” to the pre-COVID world. Let us build a 3zeros World (with Zero wealth concentration for ending Poverty, Zero Unemployment and Zero Net Carbon emission). In the framework of the Social Business Day, the Centre Yunus Paris invites all committed actors of social business to share their vision and concrete initiatives during the Forum of francophone countries for a Three Zero World June 30, from 9:00 to 12:00 (CEST)

Three Round-Tables will take place in the Forum: 1.“To build a 3 Zeros world, young people get engaged!” 2.“To build...
Read More 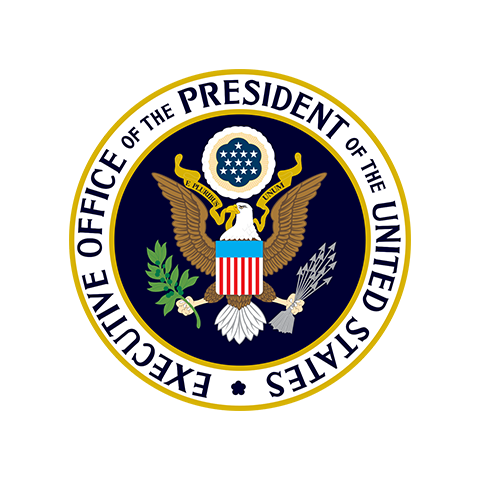 “These extraordinary times and circumstances of call for extraordinary measures.” US are aligned with the Appeal launched by Prof. Yunus and support the temporary waiver of Intellectual Property protections on COVID-19 vaccines to end the pandemic and reduce the gap between rich and poor countries.

Katherine Tai, the new US Trade Representative, announced that the US Administration will support the request introduced by India and...
Read More 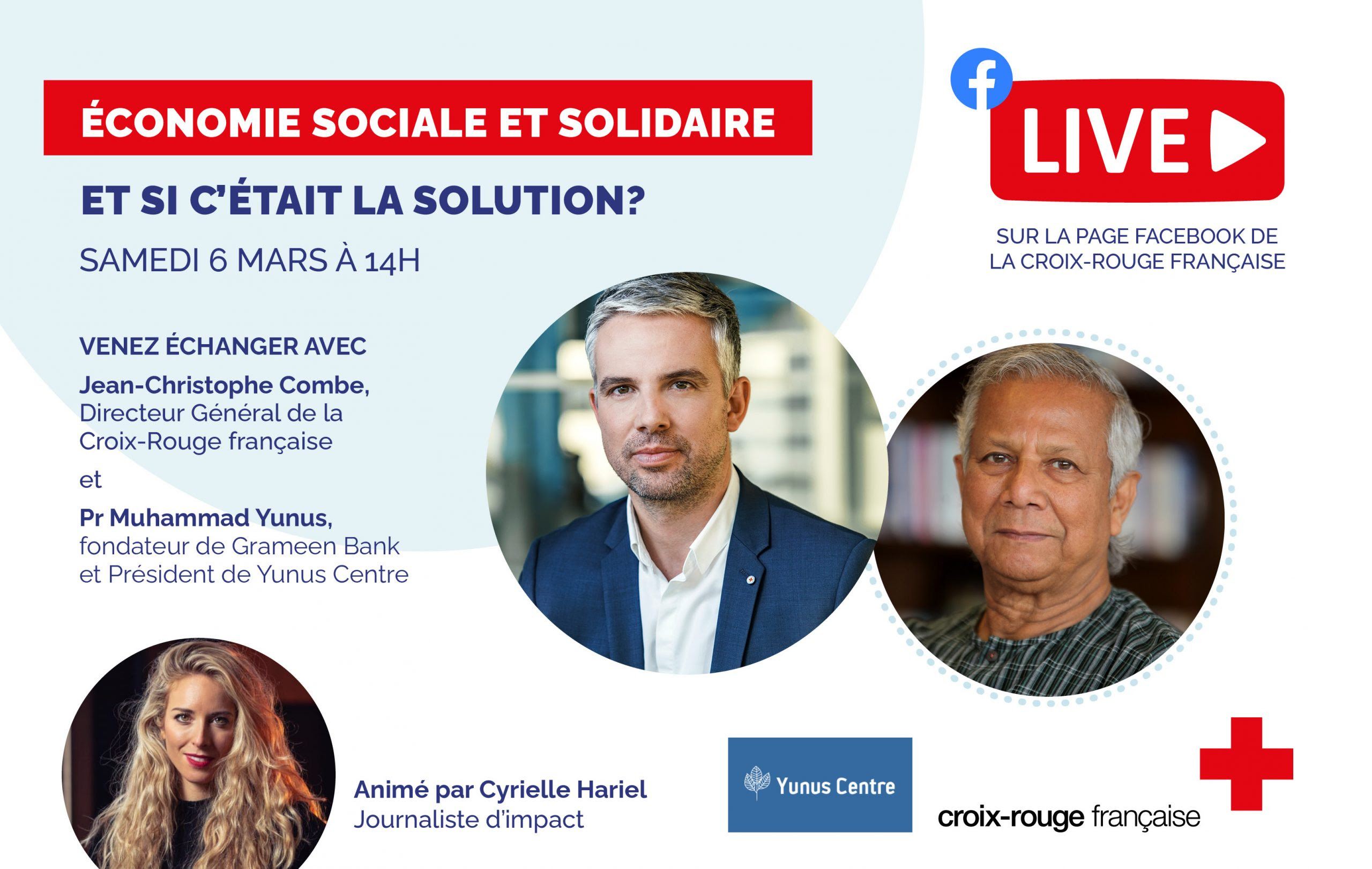 “What if Social Business was the solution?”. Professor Muhammad Yunus and Jean-Christophe Combe, Executive Director of the French Red Cross, are converging in their analysis of the on-going crisis and their vision how to make a better world post-COVID-19, a 3zeros World (with Zero Poverty, Zero Wealth Concentration and Zero Net Carbon emission). French Red Cross and Professor Yunus teams are developing their partnership aimed to produce a positive social impact and give to all access to quality healthcare services.

Lecture #06 of November 2, 2020 “How the Largest Bank in Europe Created its Own Social Business” is available in Video. An authentic and enriching testimony of Jean-Luc Perron (now Vice-President of our Yunus Paris Center), who created the Grameen Crédit Agricole Microfinance Foundation in 2008 and ran it until end 2016. The Foundation aims to help the poorest countries through Microcredit and Social Business. A great success story that proves what a committed and passionate man can achieve within a leading bank (Crédit Agricole is in the TOP 10 of global banks ranking since 2018).

The Centre Yunus Paris was created in September 2017 by Professor Muhammad Yunus, Nobel Peace Prize Laureate, Grameen Bank Founder and Honorary Citizen of the City of Paris. Invited by Paris Mayor Anne Hidalgo, the Centre Yunus Paris is settled in the heart of the city, at “Les Canaux”, the house for solidary-driven and innovative economies.

Be a resource &
information center for social business

Promoting social business & Pr. Yunus world of 3 zeros is at the core of our mission. The Centre Yunus brings his vision to french business schools with the YY Campus Tour and organizes regular public events.

The Centre Yunus Paris represents Prof. Yunus in the relevant governing bodies of Paris 2024 Olympic & Paralympic Games and is an active stakeholder of ESS 2024.

We are the resource center for Social Business in France.

Poverty does not belong in civilized human society.
Its proper place is in a museum. That’s where it will be.

Let’s change the world together!

+
“Artificial intelligence : a blessing or a curse ?” – Pr. Yunus for Chaire ETI
A year ago, the Yunus Center signed a partnership with...
15 December 201919 December 2019|Press
Learn More 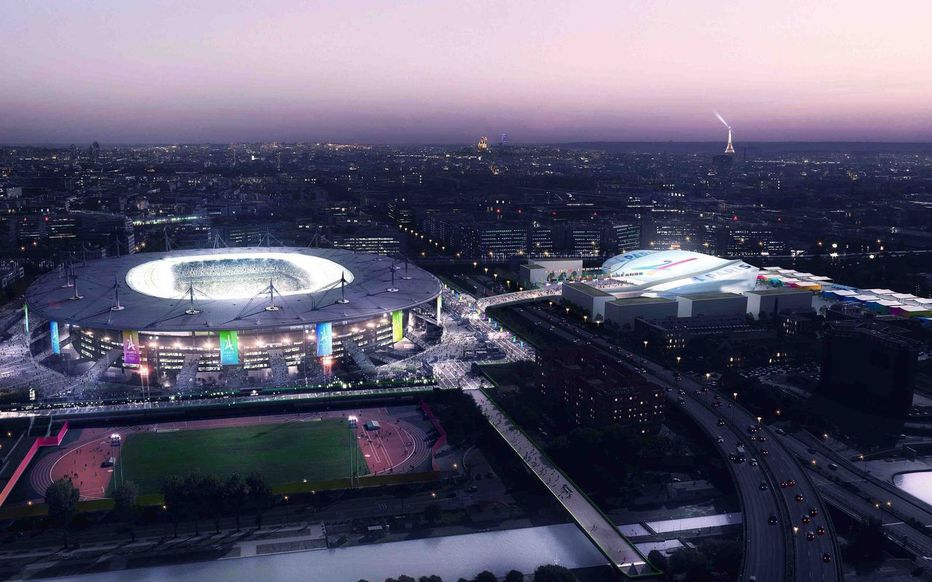 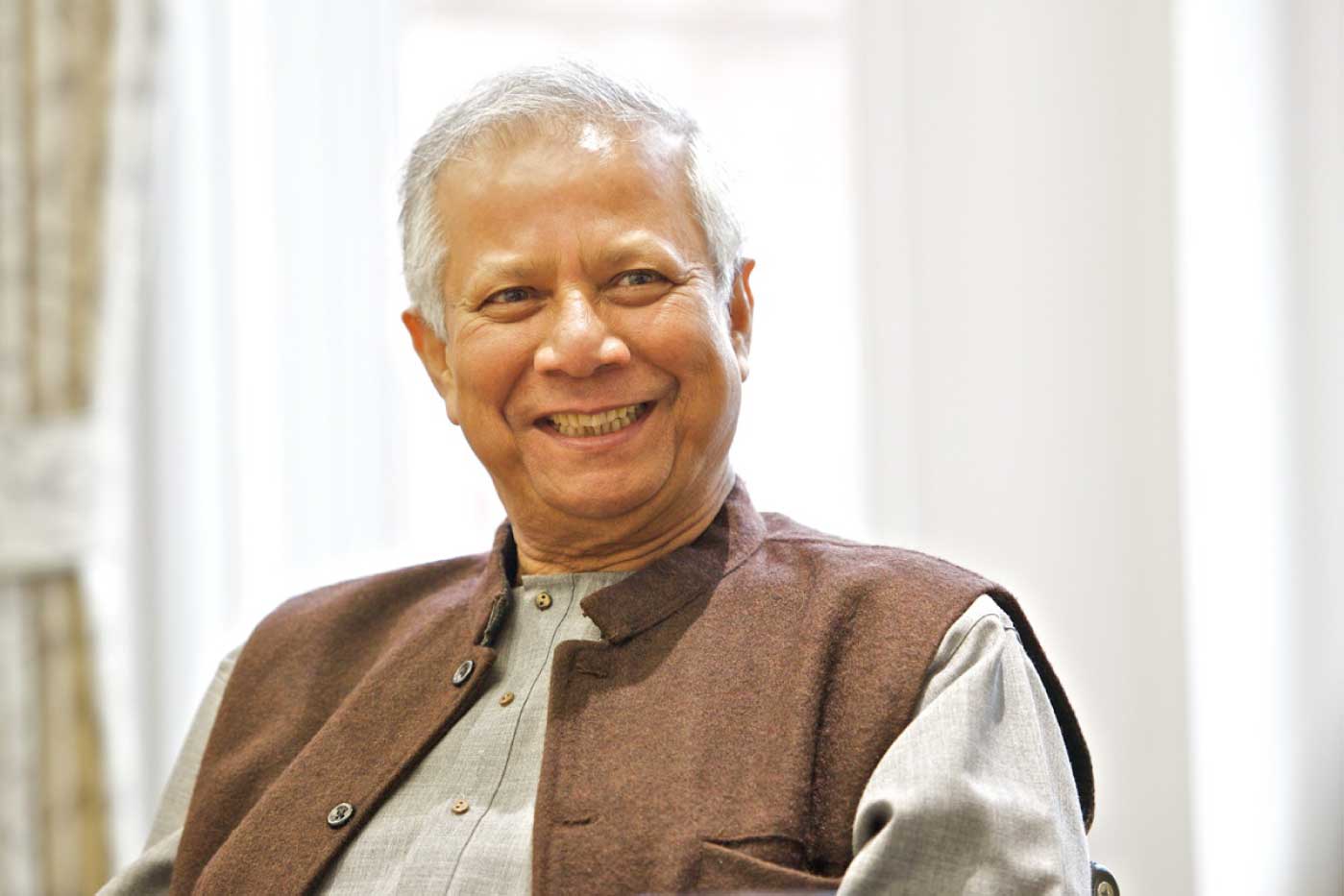 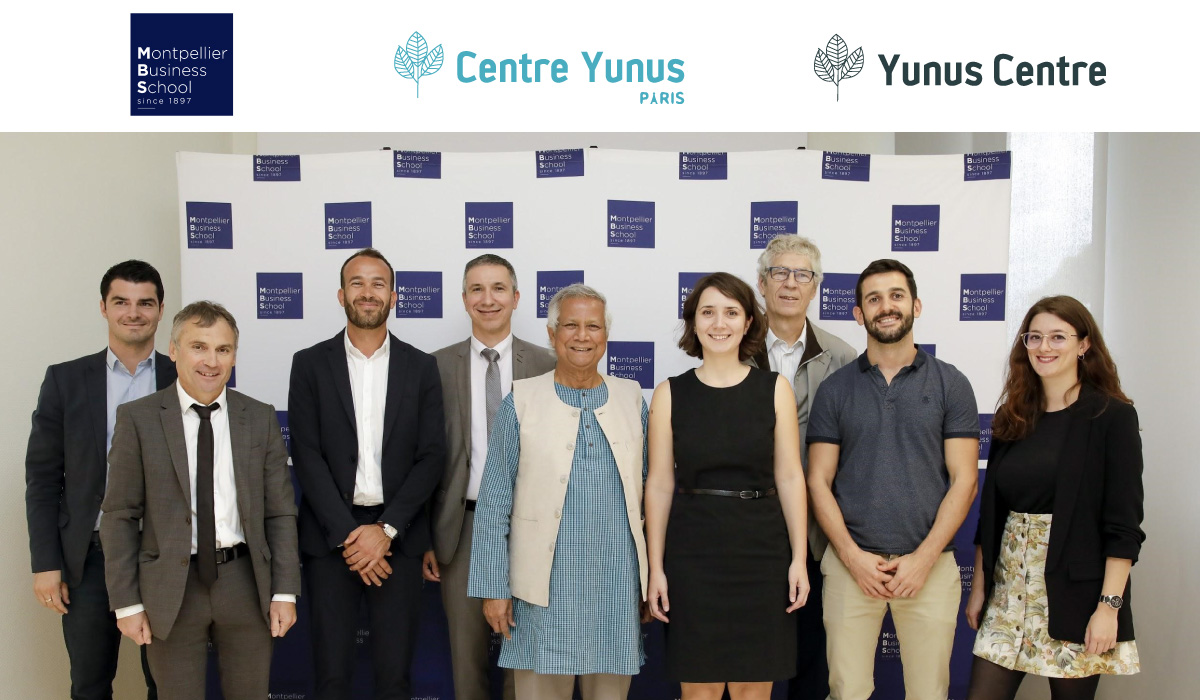 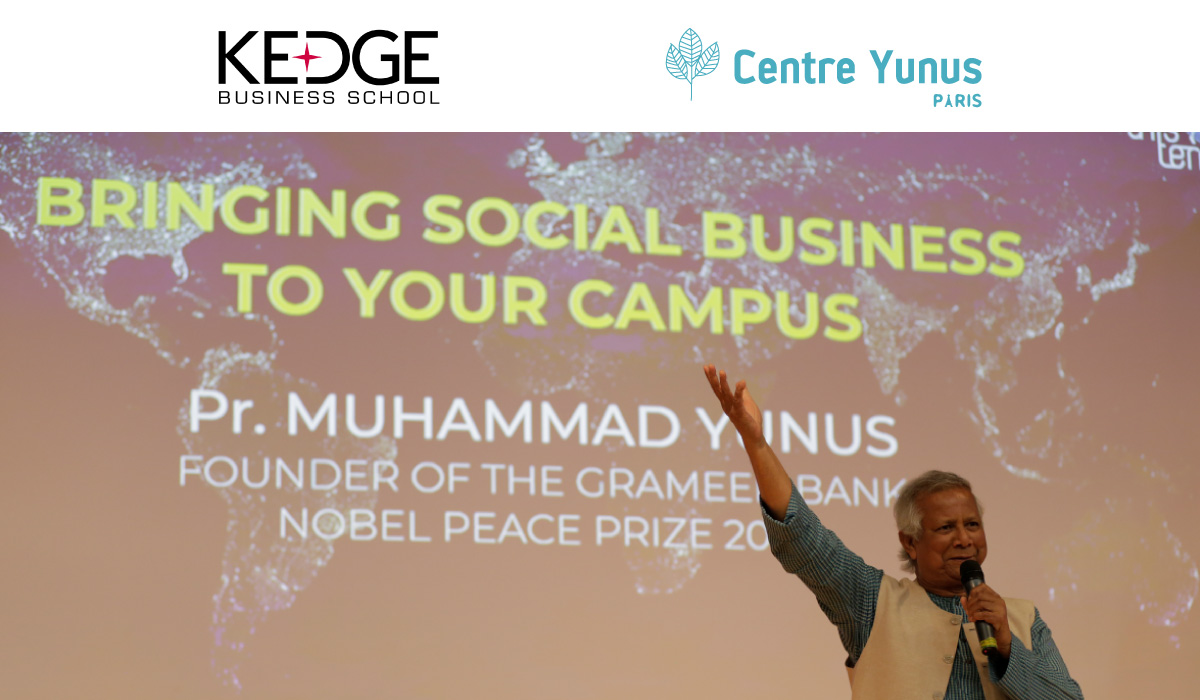 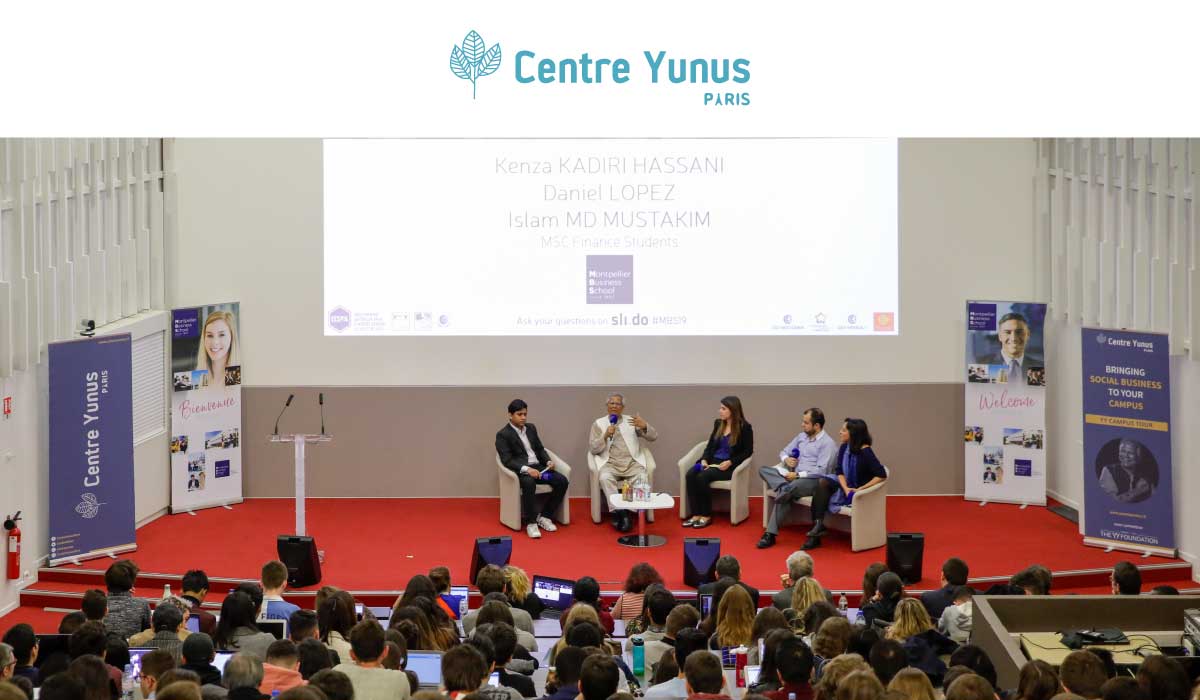 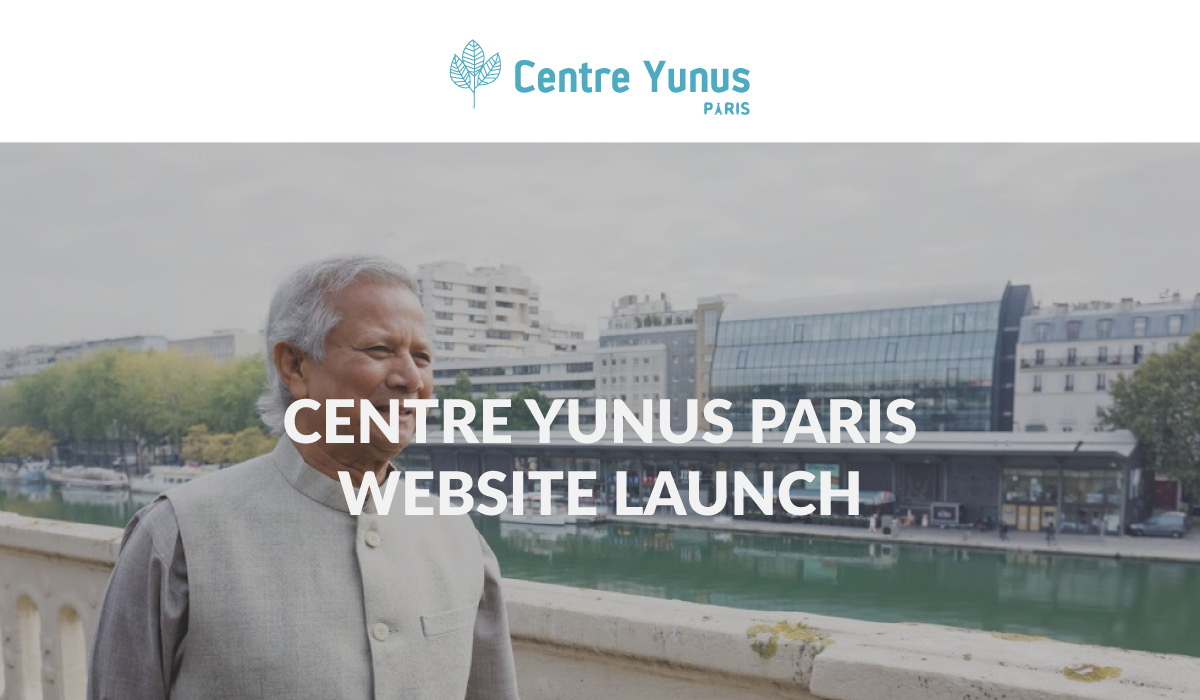 Follow Centre Yunus Paris on social media to stay up-to-date with the latest news from the climate movement.

Created by Prof. Yunus - We are the permanent resource center for social business in France. Get in touch ! #SocialBusiness #ProfYunus